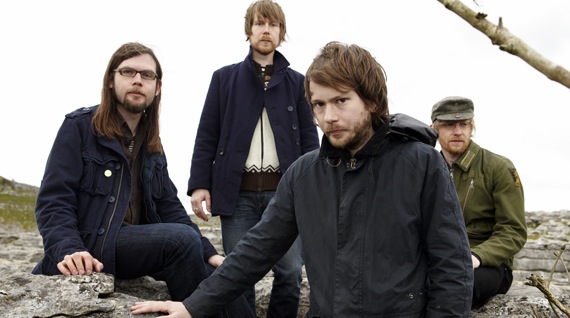 Secretly Canadian Publishing is privileged to announce the signing of Wolf People. Wolf People, a Bedfordshire four-piece formed in 2005, have been busy since 2010 releasing albums that pay nostalgic homage to the bluesy psychedelic history of British rock. Heavily influenced by the distorted guitars of Cream and Sabbath, along with the 60s electric folk tradition of Fairport Convention and prog-psychedelia of modern Scandinavian rock, Steeple and sophomore album Fain offer a rich mixture of tradition and selective forward-thinking. The band steps out of a commercialized present and enters the remote, contemplative world of folkloric rediscovery. Wolf People advance deeper into traditional words and melodies while intensifying their sound with punchier drums and fuzzier guitar solos, affecting a striking, transportive landscape and swirling the paths of time.