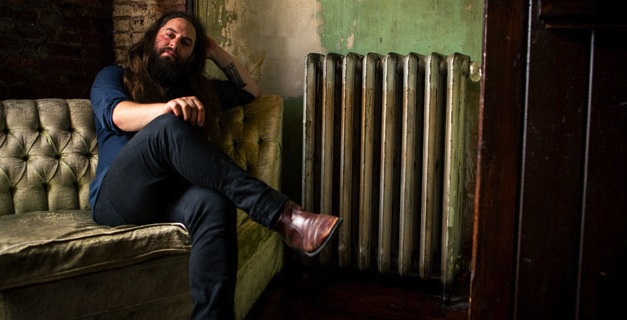 We are honored to announce the addition of Strand of Oaks to Secretly Canadian Publishing. Raised in Indiana and transplanted to equally mundane, not-quite suburban, not-quite rural Pennsylvania, MTV was the sole constant in Strand of Oaks’ founder Timothy Showalter’s upbringing.  Inspired by a deep love of the Smashing Pumpkins and far lesser Buzz Bin bands, Showalter’s reality is flipped into devastating, absurd and always compelling theater. All of the songs Showalter writes as Strand of Oaks are based on true stories. Obviously, the artist has allowed himself many liberties with what constitutes the truth, and his commingling of fact and fiction, of humor and heartbreak simultaneously distinguishes him from the bearded, acoustic-toting singer-songwriters he’s so easily compared to. Immerse yourself in a Strand of Oaks record and confessionals turn into metaphor, autobiography transferred into tall tales. The band’s latest release, Dark Shores, is a record of encroaching uncertainty, of diving into the unknown, of risk in the face of vast, unforgiving nature. Produced by John Vanderslice, the acoustics are crisp and shimmering, the synths and 12-string guitars rich with texture.  Showalter’s vocals remain front and center to deliver his toughest and catchiest melodies. Dark Shores is Strand of Oaks at its realest.